What is the History Behind Juneteenth?

Juneteenth, also called Freedom Day or Emancipation Day is an interesting commemoration of a significant event in United States history. June 19 marks the emancipation of the last enslaved people in the United States.

The historical connection of this holiday dates to the American Civil War. In September 1862 President Abraham Lincoln issued the Emancipation Proclamation that would become effective in January 1863. The Proclamation gave freedom to all enslaved people in the Confederate States of America. However, since Texas was not a battleground and geographically far removed from other states, those enslaved in Texas were not affected by the declaration of freedom in the Proclamation. In fact, a quarter of a million people were still enslaved for two years until the declaration of Emancipation reached Texas slave holders.

On June 19th the emancipation document was read aloud announcing the total emancipation of those held as slaves:
“The people of Texas are informed that, in accordance with a proclamation from the Executive of the United States, all slaves are free. This involves an absolute equality of personal rights and rights of property between former masters and slaves, and the connection heretofore existing between them becomes that between employer and hired labor. The freedmen are advised to remain quietly at their present homes and work for wages…”

Although it was a time for celebration and rejoicing, the freedom gained by the Proclamation was not a quick trip to complete freedom and equality. In fact, in the 20th century, former Confederate states passed laws to restrict the legal status of freemen barring them from the political process. States legislatures in white-dominated states imposed the Jim Crow laws that imposed segregation upon African Americans. They could not use public facilities that were designated for “whites only”. The phrase commonly used was “separate but equal”. These restrictions were the impetus for the Civil Rights Movement.

The 1950s and 1960s were marked by the Civil Rights Movement that brought to the forefront the racism that divided black and white America. It shed light on the struggle that blacks in America faced to gain equal employment and wages and rights to common civil liberties enjoyed by the white community.

Since the 1980s and 1990s, the holiday of Juneteenth has become more widely celebrated in African American communities and by 2008 almost 50% of the states in the US observed Juneteenth.

Although this holiday is not a day off of work for most people, it is a commemoration of a significant event in the making of American history. It is a day for picnics and celebration and should be remembered by all people residing in America because many of the freedoms we all enjoy today stem back to the sacrifices and injustices endured by the early slaves of the Confederate South.

In fact, for those looking for better opportunities in America, such as learning English for educational advancement and/or career opportunities, this often-overlooked holiday should be especially significant. Excel students should check local listings for special Juneteenth commemorations such as the Martin Luther King, Jr. Community Center’s 2019 Juneteenth Celebration in Dallas. It is a great way to learn about American culture and practice English speaking skills with others. To master the English language, it is important to immerse oneself in the American culture by learning its history and participating in important events.

To all Excel students whether present or past, enjoy this day by speaking a lot of English with those around you and remember what a great opportunity it is to be a part of this great experience. 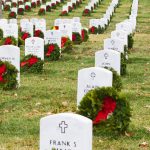 The Meaning of Memorial Day: More than a Long WeekendEnglish as a Second Language, Holidays, Learn English, Memorial Day 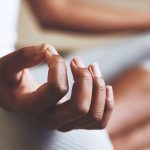 The Hidden Benefits of Learning to Write in EnglishEnglish as a Second Language, Home Page Blog Media Grid, Writing